Tunnel Vision is a partnership project between National Learning Network’s Mallow Pathways programme, COPE Mallow and the Mallow branch of the Irish Wheelchair Association. Established in 2002, the project focuses on environmental /horticultural projects, team work, inclusion, integration and disability awareness. Five participants from each organisation meet once a week. The project works with local national Schools and communities and local council offering plants and workshops on anything from bulb planting to willow work.

We were very lucky to have some Tunnel Vision members call to Scoil Aonghusa CNS today and all the children in 4th, 5th & 6th class were able to construct their own tray for airing bread. The workshop began with a quick introduction of the Tunnel Vision team and a demonstration of what the pupils would be aiming to achieve.

Each tray would be made using an outer ring of willow, willow cross braces and slender willow slips to weave in between the braces. A willow ring was distributed to each child and they began making their airing trays. The base and tip of each willow slip had to be found, and the slips were inserted into the willow ring using an alternating pattern. 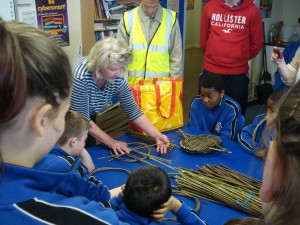 Katrin explains to the class what we will be doing 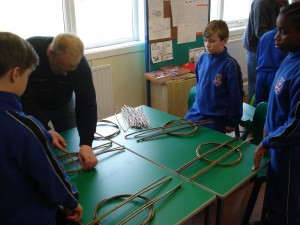 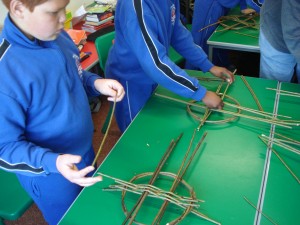 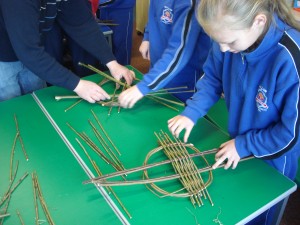 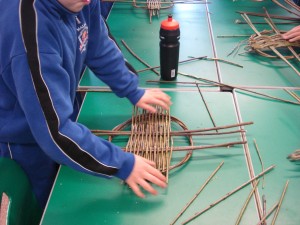 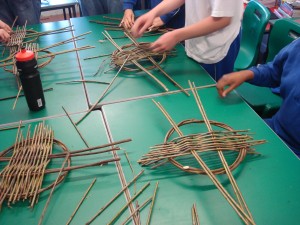 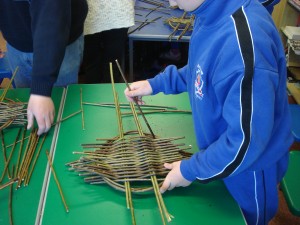 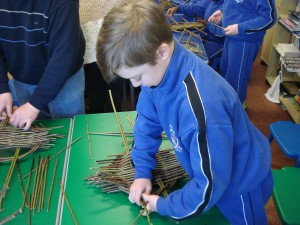 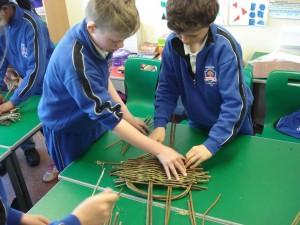 When all the willow slips were woven into place, it was time to tie the cross braces together. The two ends were overlapped and tied off using either willow or string. This process was repeated for the other side. The excess wood was then trimmed off under the careful guidance of the tutors. 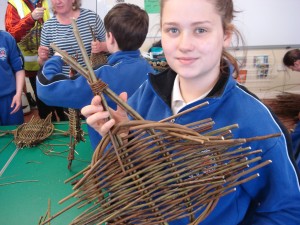 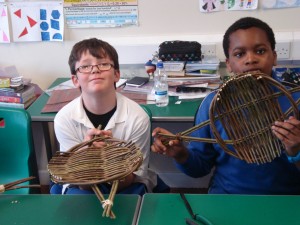 It was fantastic to see the hands on learning taking place while children discussed and helped each other in order to produce a gorgeous final product. By working with your hands, you engage the mind in a different fashion. All the Tunnel Vision tutors were extremely helpful in offering guidance to the children. Importantly, children were allowed to attempt all aspects of the project with minimal adult help. This enabled each child to be extremely proud of their airing tray as it was their own hard work and perseverance that produced it. Not only were our airing trays practical, they were also beautiful. The pupils are now looking forward to researching the different types of baskets that were used in Ireland in the past and are hopeful that they will be able to put their new found willow weaving skills to good use in the future. 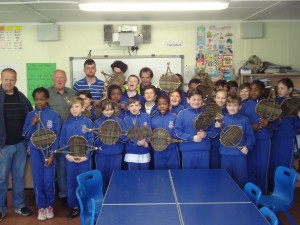 Scoil Aonghusa CNS has been awarded the Discover Science and Maths plaque for Science, Technology, Engineering and Maths( STEM) excellence. We have also been awarded our 5th Green Schools Flag for Biodiversity and Our Health Promotion Flag.We are very proud of our boys and girls for these wonderful achievement